And I felt filled with Pride 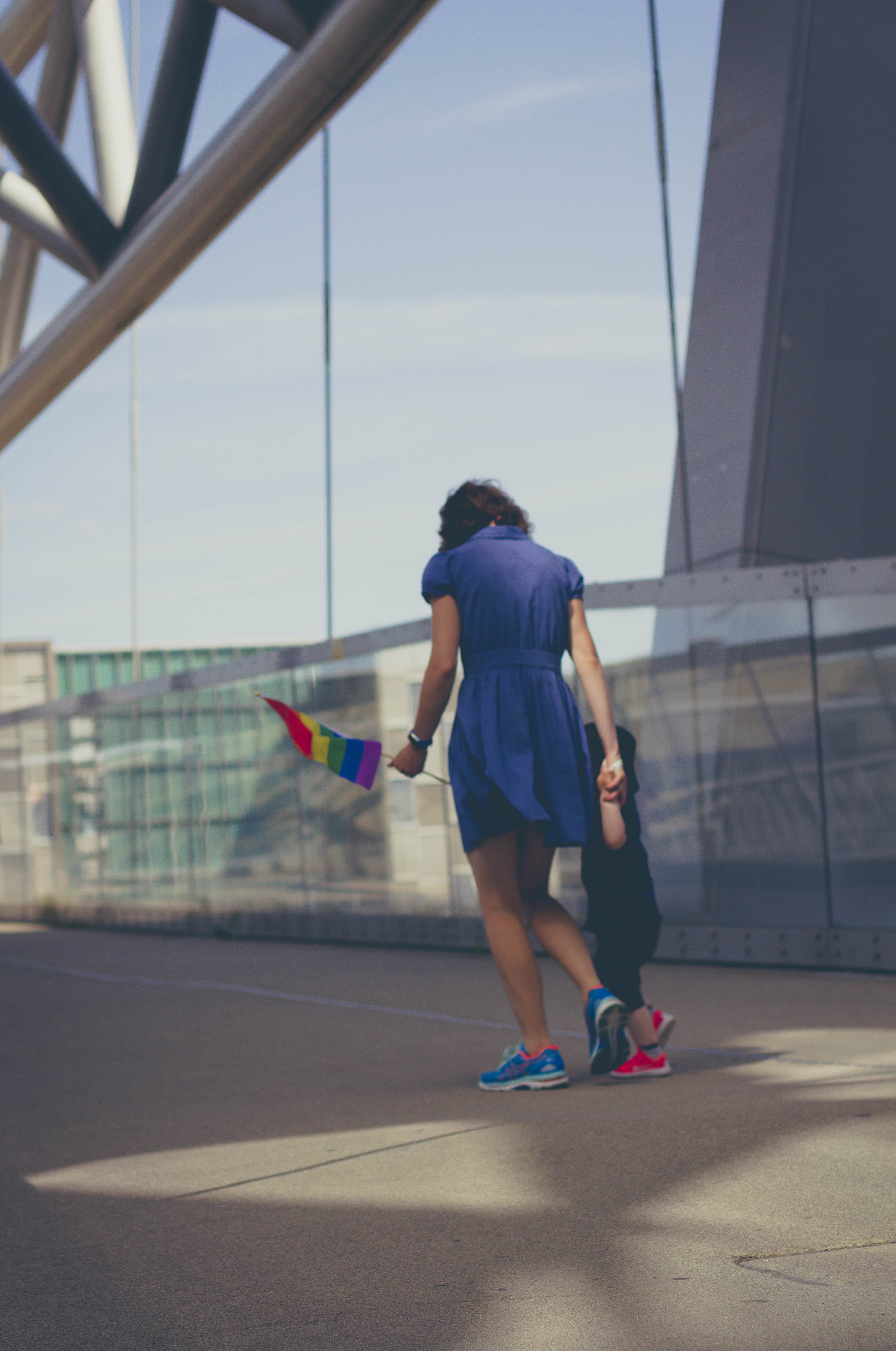 As I looked at my wife and son walking hand in hand over the bridge, taking turns holding the rainbow flag, I felt totally filled with pride. And it was a welcomed feeling, a feeling that I often long for in our everyday life. Not because I’m not proud of my family every single day, but because I always have this small voice in the back of my head telling me that we have to prove that we are as good as any other family.
More than 40 000 people participated in the yearly Oslo Pride Parade this Saturday, and another 250 000 stood watching and cheering us on in the streets. The sun was burning hot, the crowd was yelling “Happy Pride”, people were dancing and singing and just had a really good time. It could have been walking in the parade that I was filled with this feeling of pride. It could have been as I saw that the national media was everywhere, and the pink washing was taken to a new level by both Norwegian and international companies. They were trying to beat each other at the race of who was the most tolerant and openminded. I could have gotten the feeling as I saw all the great people having a blast being themselves in Pride Park. But it hit me with all its might as I was watching this really simple scene of the two people that means the world to me. Walking hand in hand, holding the rainbow flag.

We have marriage equality in Norway. We are able to adopt or get help getting pregnant from the public health care system. We have come far. Still I don’t feel equal in everyday life. Every time I tell someone about my family, it’s like coming out over and over again. People are really polite, and always try their very best to show that they are accepting. But I guess that’s just it. The fact that it has to be made a point that it’s ok that I’m gay. If we really were equal, wouldn’t it be no need to come out of the closet? Or no need to tell me that it’s ok that I’m gay?
People often say that there’s no reason to celebrate Pride in Norway anymore. That we have come too far for it to be necessary. Well, I need a place like Pride Park and a week like pride week to feel that I can let myself be proud of who I am and how I have chosen to live my life. Because that’s the one week a year that my tiny inner voice of shame is totally silenced. The equal rights we have right now, must never be taken for granted. That’s another reason. Remembering and honouring the people who have fought to get us here is an important reason to keep up celebrating. And if you look at the situation for LGBT+ people in the world, there’s a list of reasons to celebrate pride that is as long as you are willing to read.