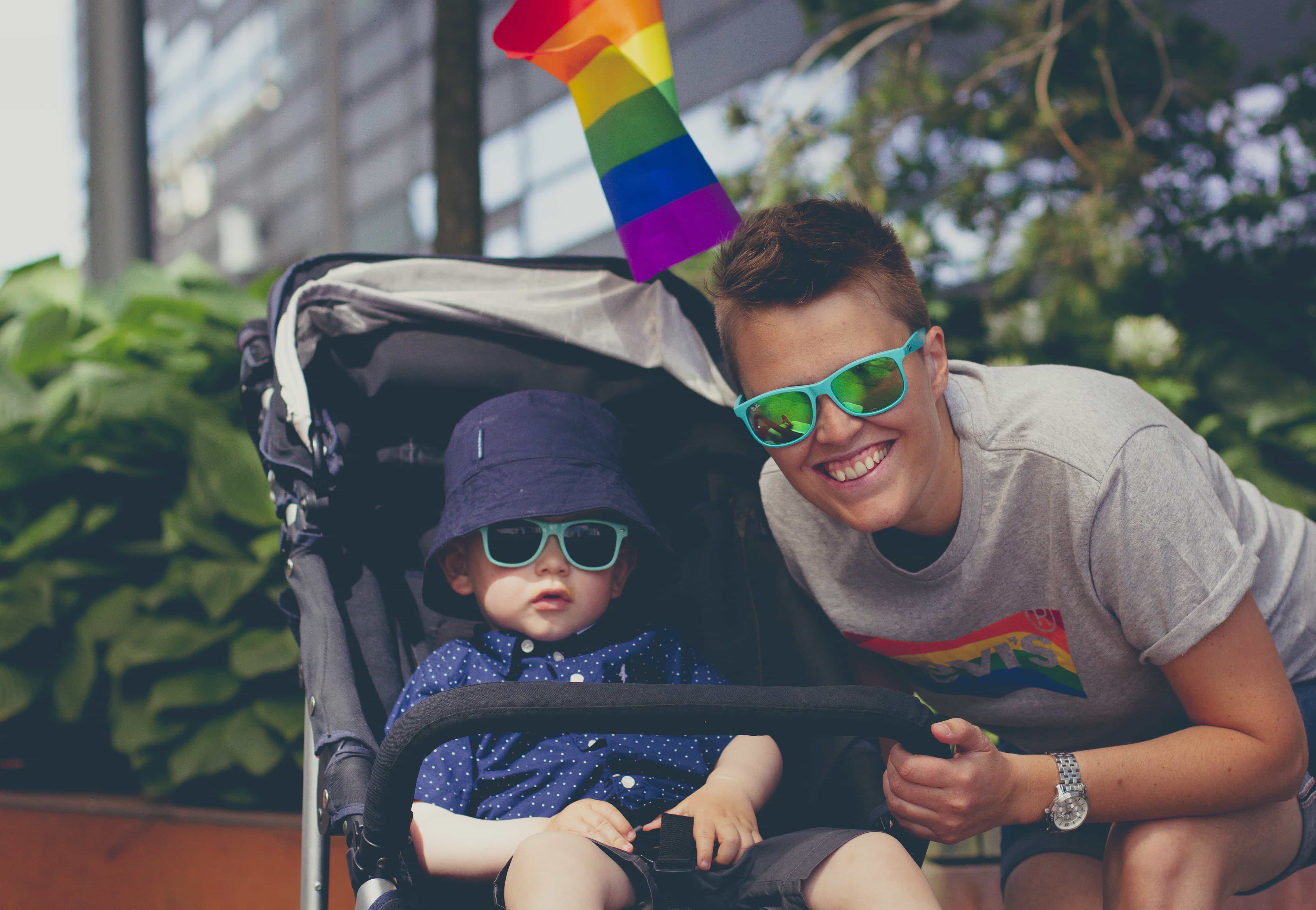 Becoming a parent you get access to a whole new world. A world of curiosity, direct questions and short attention span. It’s why, wherefore, how, when and show me all day long. It’s a magical way of being, but it can also be challenging.

“Are you a dad?” this four year old boy I met in the park this summer asked. I was in a maze with my son, and we met the kid in the centre of the maze. Right where the goblet of fire would have been, had the scene taken place in my world of imagination. I smiled and answered that I am in fact a mom. “I’m Erlings mom and right over there is his mother Sunniva.” The boy then was joined by his mother, and they had a somewhat awkward conversation about wether or not it was possible for my son to have two moms.
“Can I see your hair?” a girl at my sons preschool asked. She seemed curious enough, so I took of my hat and revealed my short undercut. She looked at me with a confused expression. “Are you not Erlings mom?” she asked, and I confirmed that I am indeed his mom. “But you have short hair like a dad,” she stated and smiled. Then she continued playing with some of the other kids.
The next time I picked him up from preschool the girl asked again to see my hair. This time however, she clearly was not just curious. “Why do you want to see my hair?” I asked her. “You look like a dad,” she said and laughed before running off. Her attitude had changed.

I think the kids that ask the questions about my gender, that tell me I can’t be a mom looking like I do, they all start off as curios non-judgemental kids. But through socialisation they learn that the world is binary pink and blue. That moms look and behave like this, and dads look and behave like that. There’s nothing in between. If you, like me, don’t fit the recipe, kids are indeed at first curious. And then their curios questions tend to transform to something that just isn’t as charming, yet still just as direct.
When these children grow up, they probably will stop asking questions. They may still be curios, but mostly they will assume. At least if they follow their parents examples. Grown-ups that have not been drinking, tend to look at me and try to figure me out, but they do not ask. Most of them say nothing at all. If they do say something, it’s usually along the line of “Sorry, but I think you’re in the wrong restroom”. Grown-ups that have been drinking, usually goes back to being the socialised kid, just a lot more rude.
Before we became parents my wife and I often were told by people we met that it was so easy to accept us, because we “looked so normal”. We didn’t look gay. That was before I cut my hair short again. Before I decided that I want to wear clothes that make me feel comfortable again. My wife never gets any questions about being Erlings mother, she looks like a mom. A very beautiful specimen if I may say so without being too cheesy.
Some days I fear that me presenting the way I do will make it more difficult for my son to have two moms than it would have been had I only presented more feminine. Had I still “looked so normal” that it was easy to accept me. Most days however I think my son and any future children could benefit from seeing that moms come in all shapes and forms, and what matters at the end of the day is that we love and take care of our children.