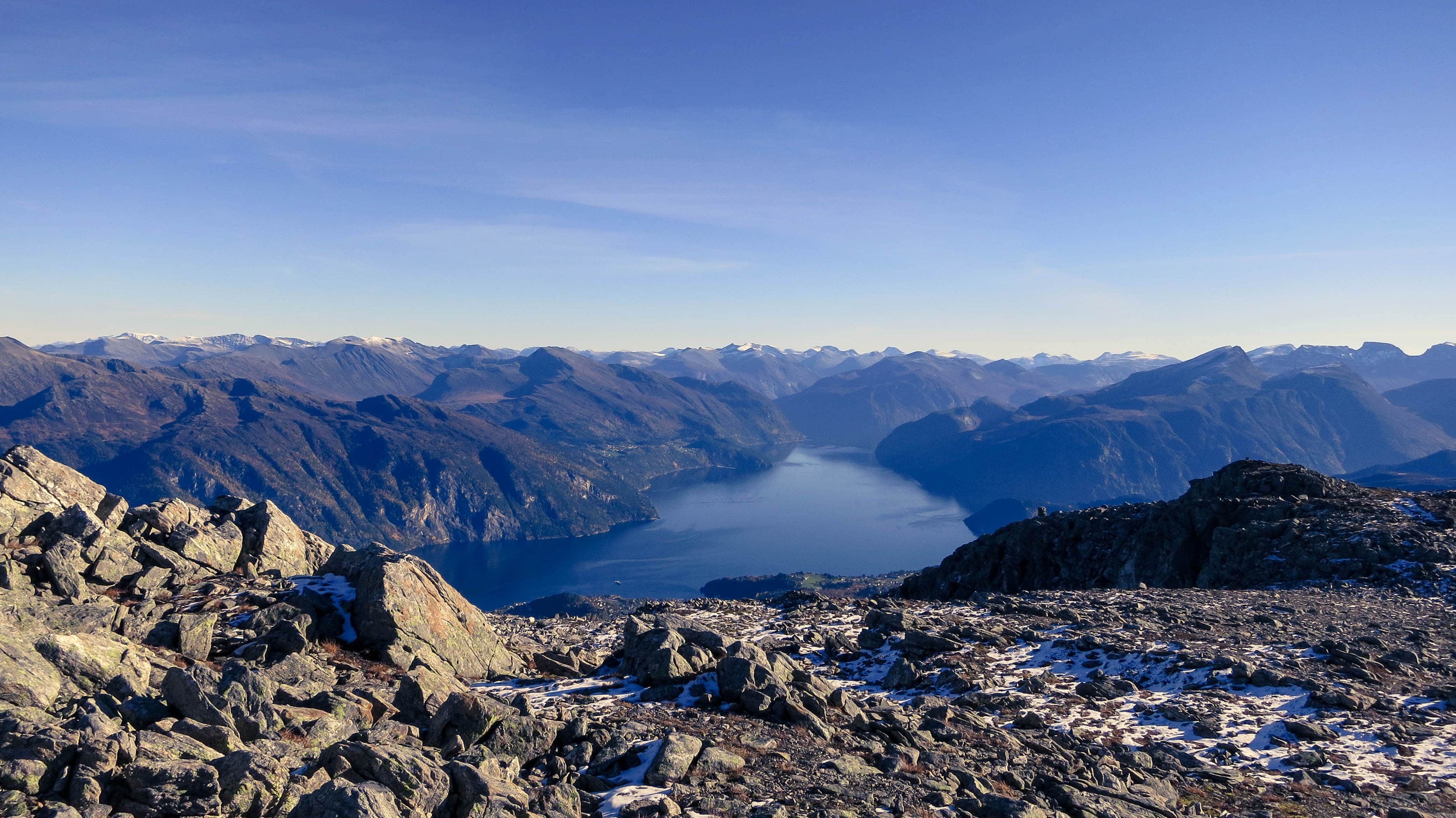 View towards Fjellsaetra on our way down from Roaldshorn, Stranda, Norway.

Lately I’ve been thinking a lot about something that I haven’t been sure if I should post on. Just because some people might get offended and I’m not the kind of person that likes to offend people. But here it goes;

Why is it that so many people seem to make copies of other photographies instead of telling their own story?

It seems like everyone is capturing aurora, the milky way, sunsets, Horseshoe Bend and Mount Kirkjufell. Both Instagram and the blogosphere is full of what seems to be the same shots. Don’t read me wrong, many of the images are beautiful, amazing and interesting shots, but they are still not standing out from the millions of images looking quite much the same. Why is that?
It could be that we’ve simply come to a point where everything worth shooting has been shot so many times before that we’re left with only images of what people find most insteresting or beautiful or amazing. Maybe there has been some sort of survival of the fittest selection between objects and locations worth shooting. Or maybe, just maybe, we’re all obsessed with copying the images we see get most likes in social media?

View back up to Roaldshorn on our way from Stranda to Fausa, Norway.

I don’t think it’s weird that people are inclined to make copies of images they have seen and liked. I probably have done so myself from time to time. But I really wish that we would see more diverse images. I really wish that people would start expressing themselves and telling the story the way they want it to be told instead of trying to copy someone else. I think that would give us a much more diverse scene and a lot of interesting, new images.
I was watching fstoppers critiqueing images on their youtube channel some time ago. I find that there’s much to learn from seeing other peoples images getting critiqued. At the same time I’m blown away by the consensus of what makes a bad, good or great shot. Watching these and reading different magazines and books about photography has made me wonder if all there is to a good shot is to follow the right recipe while capturing the right location, object or model?
I wish to see more images of the locations that aren’t known or photographed too often. And I wish that the locals would show them to us. Locals will often have another view and another sense of the history of the location, and this I think will give the images something different.
I wish to see better post production, leaving things more natural. Less pulling the levers all the way to make a shot more dramatic. This world is amazing enough on its own, we don’t have to make images seem out of this world.
I wish to see places in daylight. Everyone can make a decent picture in sunset. To capture natures beauty in harsh daylight is a real challenge, and I wish more photographers would take on the task.
Last, but maybe most important, I wish we would stop travelling across the world to make copies of someone elses images. We have to cut emissions to save the planet. As landscape and wildlife photographers, as outdoorsy people with an interest for photography, we should be the first to cut back on travelling. And we should be the first to show all the amazing local locations and wildlife that we are trying to preserve. I’m confident it would give us a lot more diverse images.

View of Stranda, Storfjorden and Sunnmoersalpane from our hike from Stranda to Fausa, Norway.