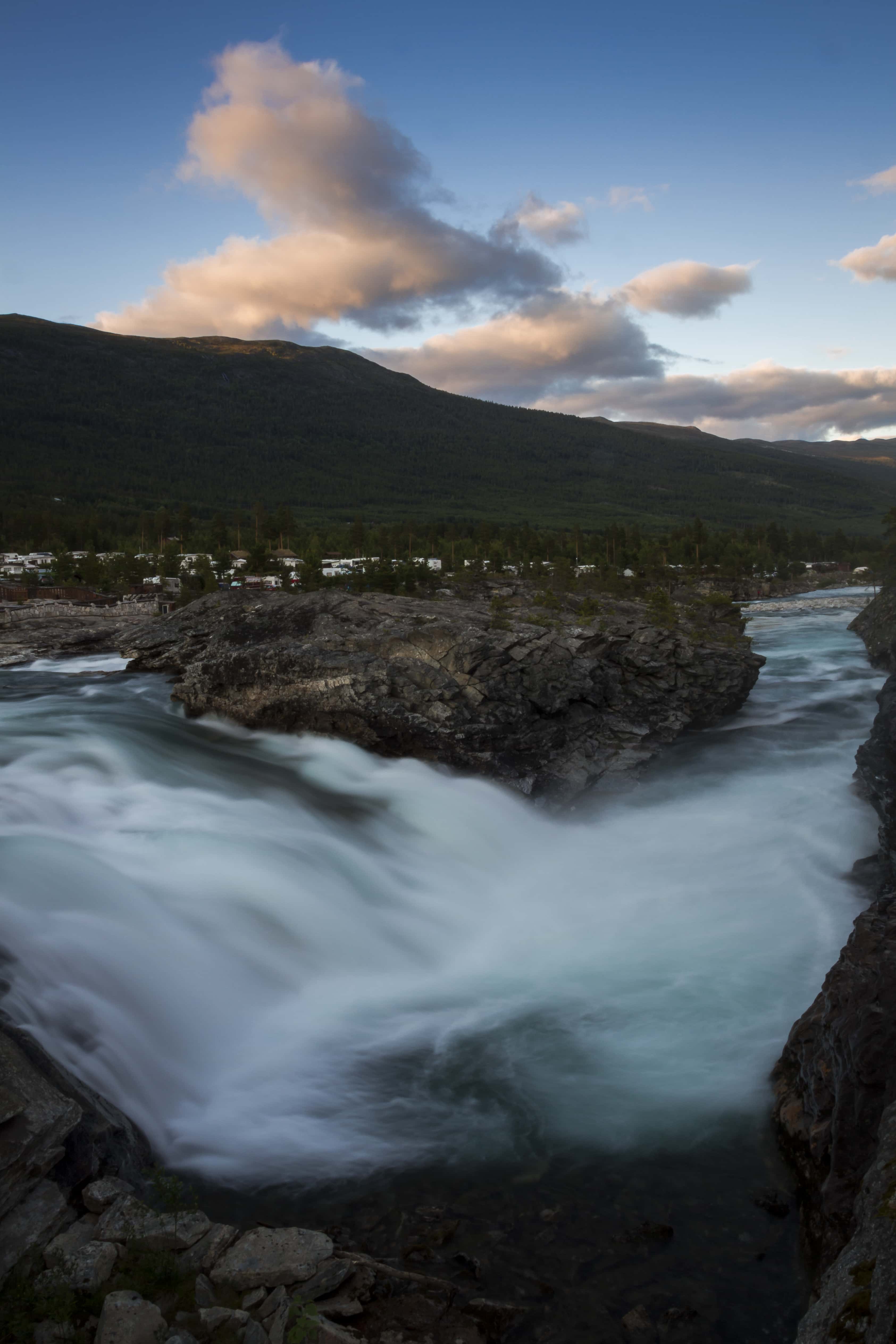 We stayed three nights at Dønfoss Camping this summer, and I had planned for a shot of the waterfall next to the camping site. The second night gave me blue skies and the conditions I had been hoping for, and the result made the portfolio.

I shot this composition first, just when the golden hour started. The sun goes behind the mountains behind the camp site far earlier than sunset, so the light was more difficult than I had expected. I wanted the turquoise aqua colours in the river as well as the colours in the sky, and had to bracket and merge three exposures to be able to get it right. Happy with the result, I moved further down the river to get the second composition I had in mind.

This image was even more difficult, and I realised I would not be able to get the same nice colours as I had to shoot into the bright light of the sun setting behind the mountain. Bracketing and merging three exposures here as well did give me the detail in the few clouds. I would however have liked to try this one again with a 10 stop ND filter, giving me a longer exposure. As for now, I was really happy with both images.
Hope you like the images! If you do, make sure to hit the like button, leave a comment below or subscribe so you don’t miss out on more images to come!