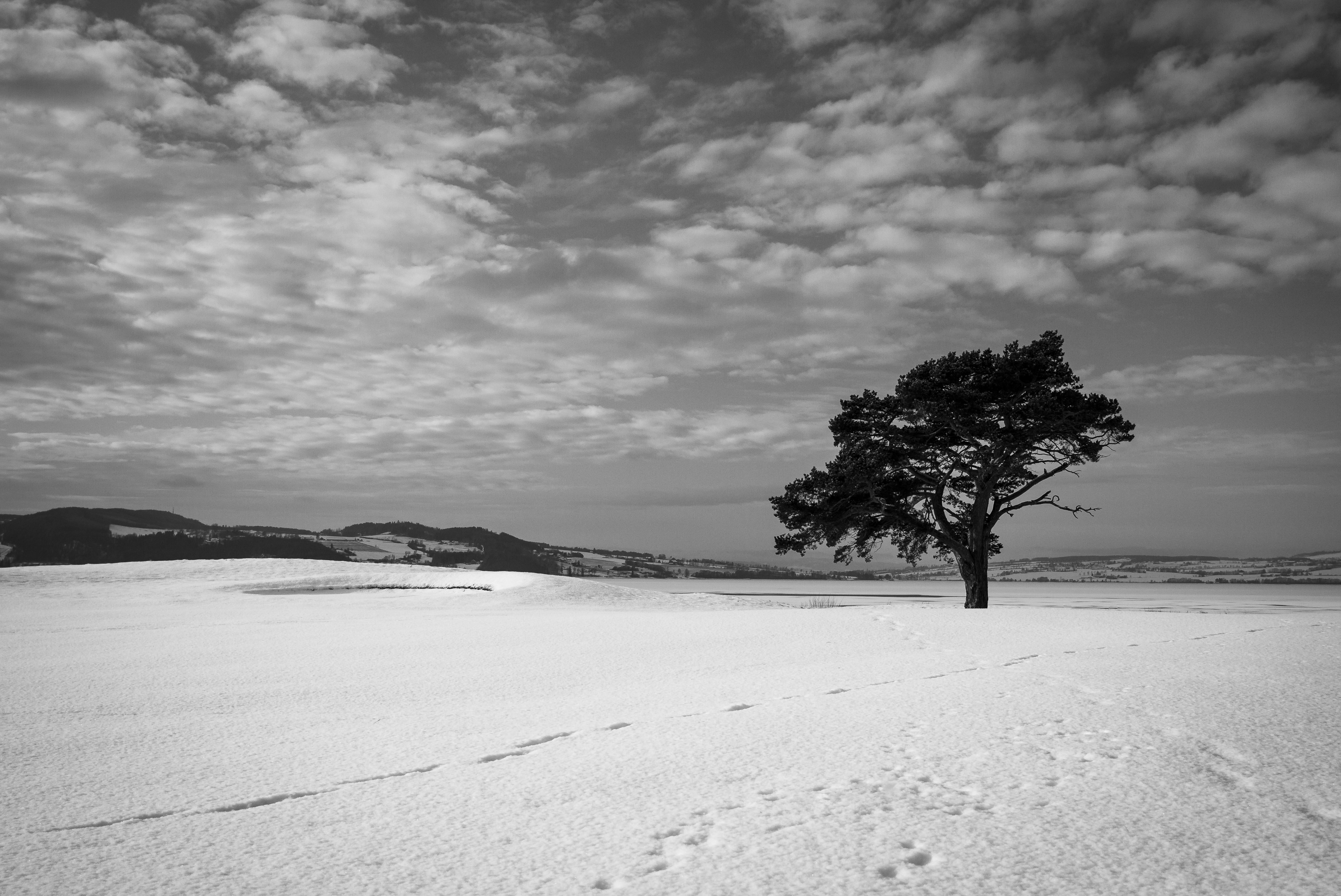 I don’t have time to shoot every day, so when I do find the time I like my shoots to be well prepared. Friday after work I checked the forecast to see if there was going to be any photo opportunities this weekend. The forecast said clear skies and about -10 C from the morning yesterday, so I planned to go get a shot with the mist that follows the freezing temperatures as the lake Mjøsa is still partly free from ice.
The whole family got up early and drove off to Nes/Helgøya where I had planned a composition for the conditions forecast. I had checked the ephemeris, and everything was timed so that I would be able to set up and be ready as the sun rose. That is if the sun was going to rise. As we sat in the car it was getting lighter outside, and instead of a promising sunrise all we could see was grey skies and snow. I tried to hide my disappointment as it became clear to me that the conditions would not appear and I would not be able to get the shot I had planned for.
This was however a great opportunity to practise how to work with the hand you’re being dealt. So I decided to refocus and try to capture some B/W shots. And that was how I ended up with a series of beautiful trees. One of the compositions didn’t work out as a B/W, but would be perfect for a sunset image. And guess what, the skies are nothing but blue today. So I’m going back and getting that sunset shot today.
Hope you like the images, looking forward to sharing the sunset image later next week. Make sure to subscribe so you don’t miss it! 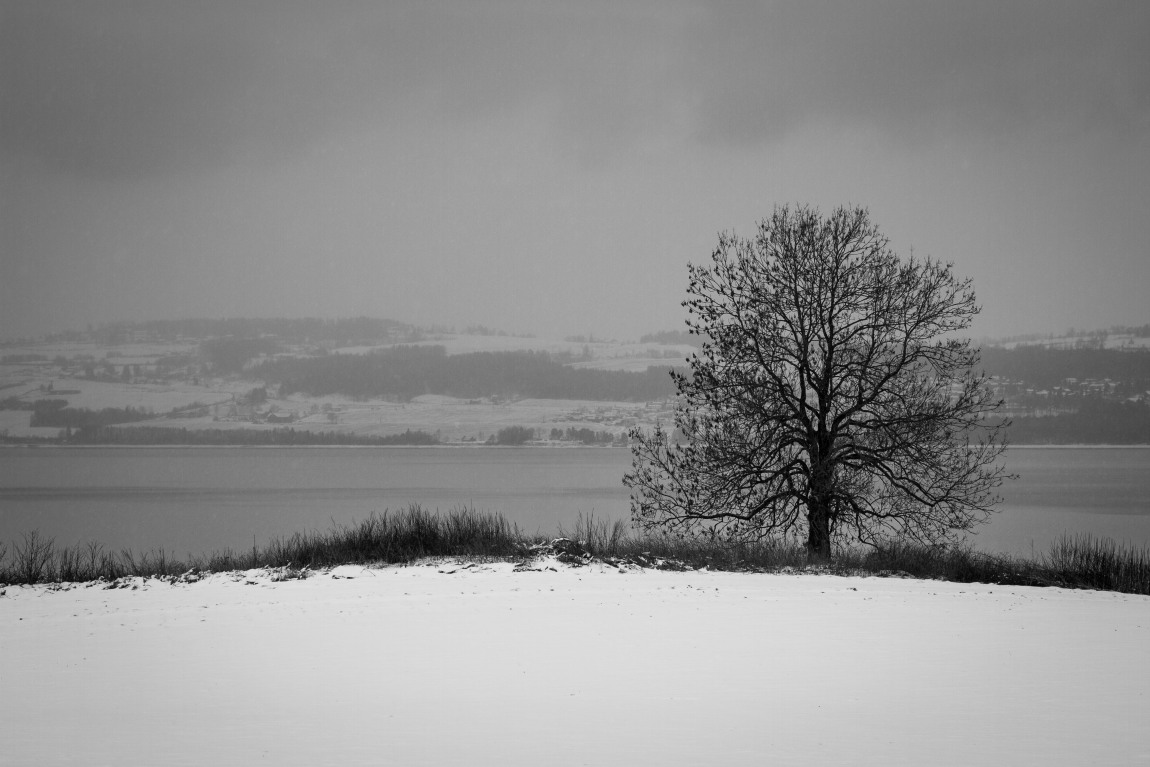 No doubt a beautiful old and lone tree. 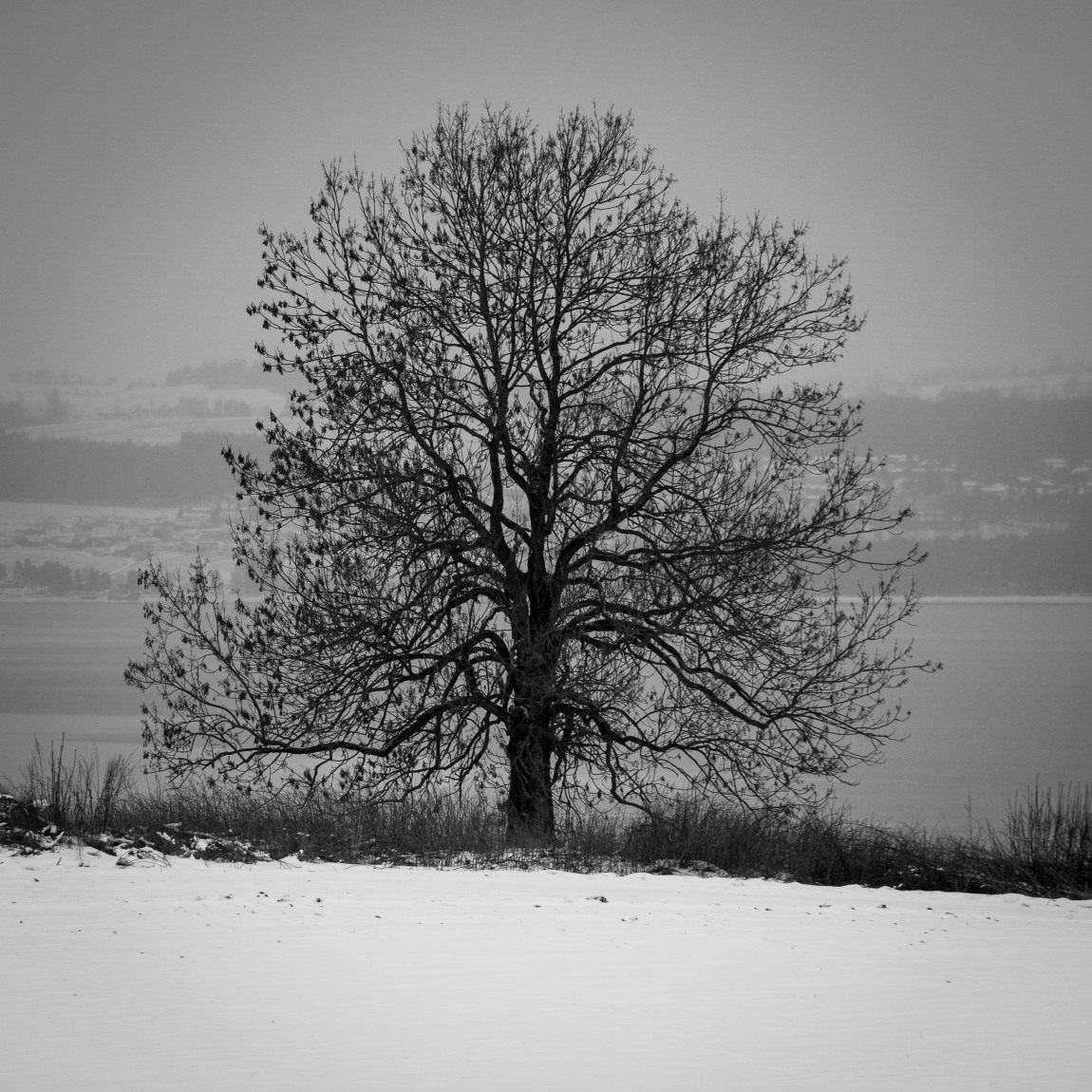 It deserved a portrait where it got more of the frame by itself. 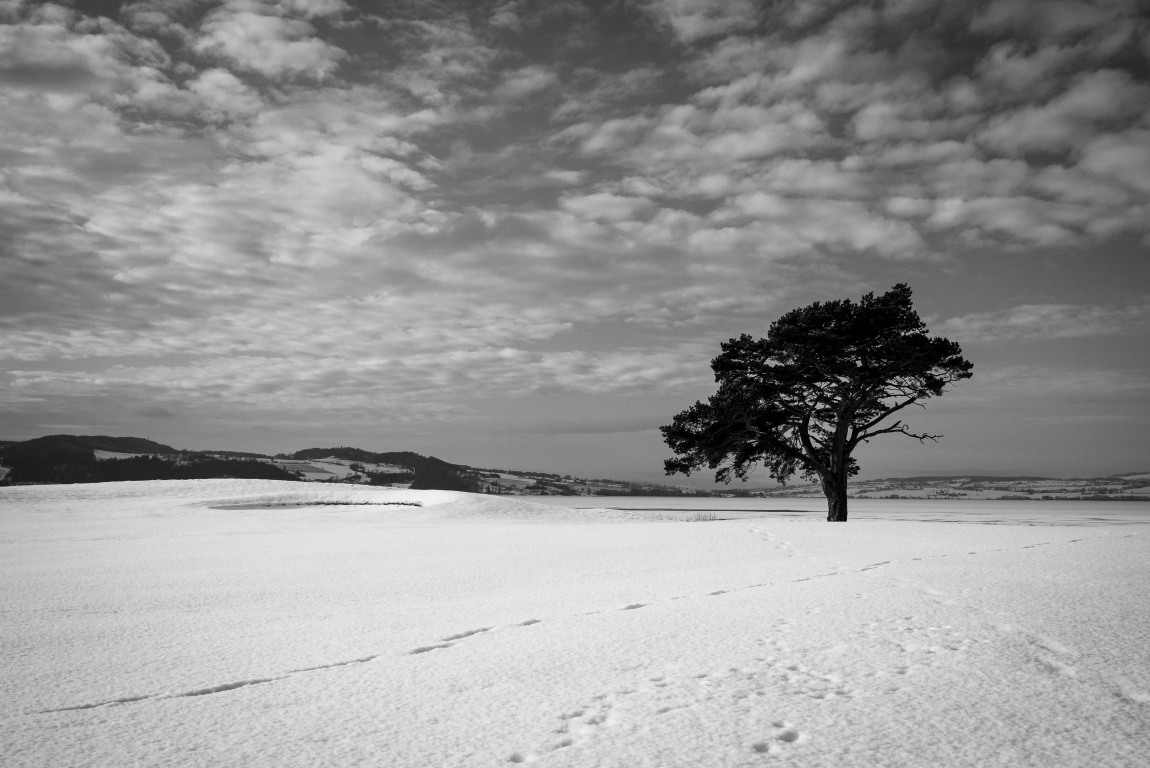 As the day went by the skies cleared a bit and the sun warmed my back capturing this marvellous tree. 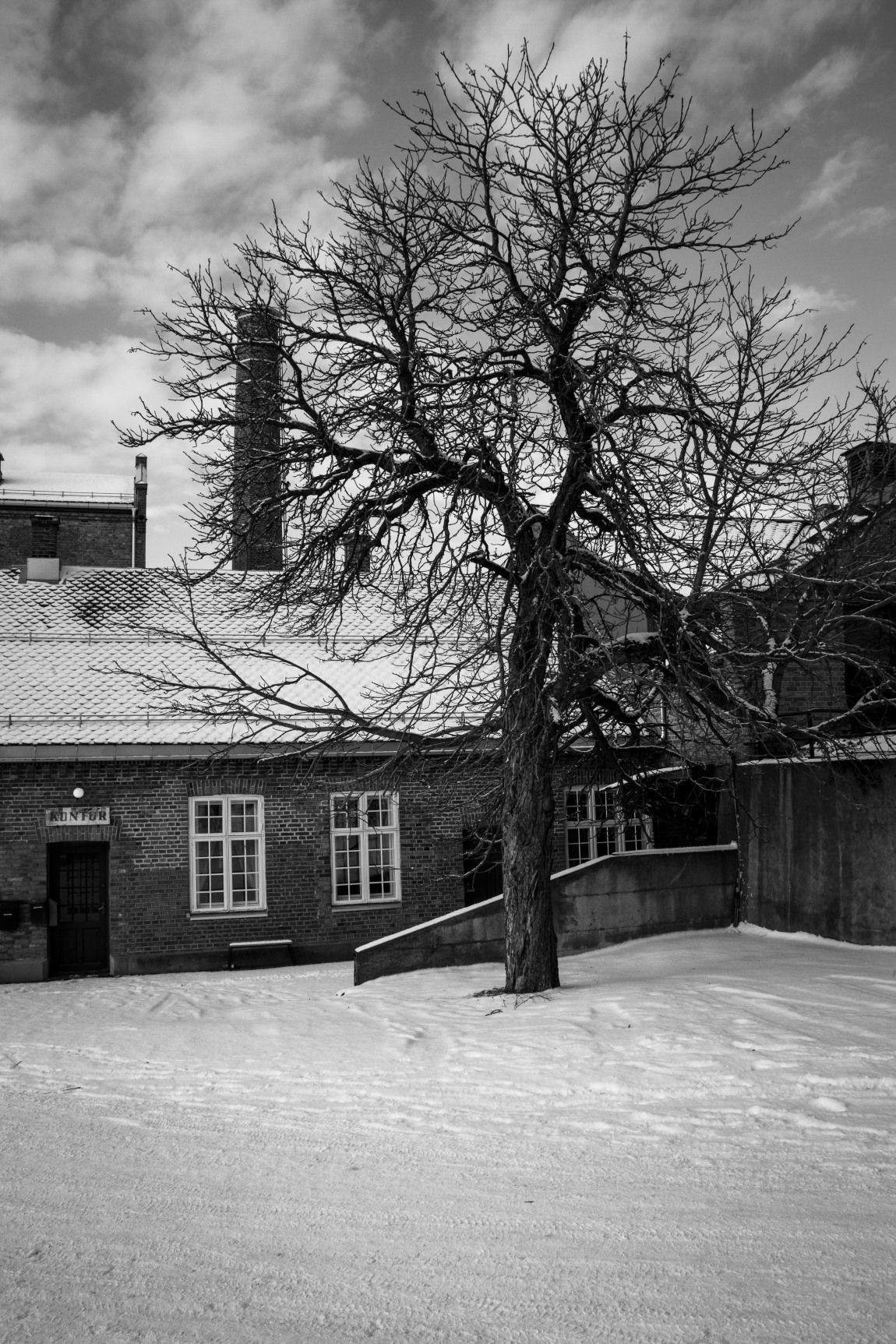 Waiting for my ride back home I concluded that the day had been pretty nice even though I had not gotten what I planned for.