The summer he learned to ride his bike 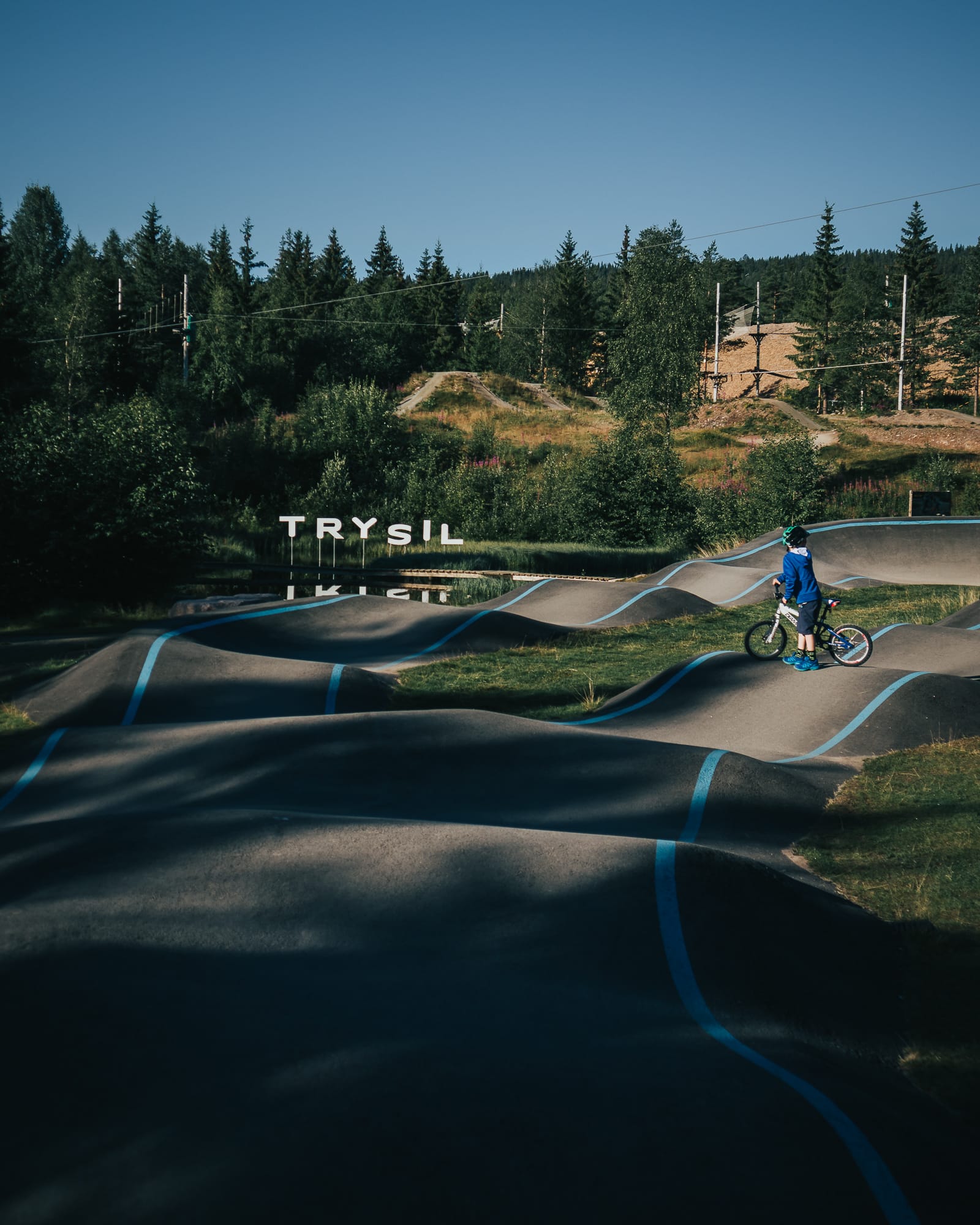 This has been the summer he learned to ride his bike. By him I mean my oldest son, Big Brother. And by learning to ride his bike, I mean going from not being able to ride without training wheels to mastering the tracks in Trysil Bike Arena. Who else can say they’ve improved a skill to that extent this summer?

You just have to keep at it, son!

I remember learning to ride my bike. Or to be more accurate I remember the first time I crashed riding downhill. Somehow I forgot to stop pedaling as the bike gained speed. I pedaled so hard crashing was the only option. It ended in the gravel. Knees first. Blood dripping from my scratched knees I cried my heart out. My knees hurt off course, however I think the crying was mostly due to a very hurt pride. I wasn’t able to make it down the hill in my first attempt.

The frustration of not mastering a new skill right away is something I think I have in common with Big Brother. I don’t know how many times I’ve told him “You just have to keep at it, son” this summer. I’ve tried to convince him that only through practice he will be able to properly learn how to ride his bike with confidence. However I don’t think I’ve reached through with my message. He has persisted nonetheless, and I was so happy when we rode our bikes together on the tracks of Trysil Bike Arena for the first time. Happy for him because he had mastered a new skill, and happy for me because I had gained an ally in my passion for mountain biking.

Trysil Bike Arena turned out to be the perfect location for sparking my sons interest in riding bikes. He saw other boys and girls having fun in the tracks, he saw the cool teenagers practicing their jumping skills and most importantly; he instantly found tracks that he was able to master with very little effort. Riding Green Fox with him for the first time was such a pleasure for me. You see I could really feel his excitement and confidence growing.

Whenever we had been out riding earlier this summer his general message was one of uncertainty and a bit of fear that he would not be able to ride a certain hill or part of the track. During this first ride in Green Fox, he started making jokes, saying wohooo, laughing and telling me stories about the things he could see in the forest. All the while riding his bike with confidence. Making turns, going downhill and over rocks, riding bridges as if he had never done anything else before. It was one of those perfect rides where you know that a new passion is created. I felt super lucky to be there with him on that ride.

Once we had spent some time riding Green Fox, he wanted a new challenge. And to be quite honest, I wanted to explore a bit more of the bike arena with him as well. And so we went for the next step; Happy Rabbit. Also a green track. Not a challenge for me. But a very nice experience for the both of us nonetheless. Seeing how fast he mastered new challenges in the tracks was amazing. He pedaled like a champ uphill, he quickly learned how to adjust his speed and make confident turns downhill. Happy Rabbit was not a challenge anymore once we left the Bike Arena, however he didn’t feel the need to go for the blue tracks this time. And I agreed. Going home feeling confident, almost like a king of the trails, was the right choice this time around.

I want to ride the bigger bike, mom

This summer Big Brother has been riding a bike that is slightly too small for him. He has a bigger bike that is more suitable, but he didn’t feel confident on that one. And so we haven’t pushed him to switch. After having seen all the kids on their bigger bikes with suspension forks though, he has a new found motivation for learning how to ride the bigger bike. I guess that is the perfect next step for him.

We knew that this summer would be the summer he learned to ride his bike. The important thing was finding a way for him to both believe he would be able to and to help him gain both excitement and confidence in riding. Spending a few days in Trysil Bike Arena was the perfect way for us to do just that. I can’t wait for new adventures on the trail with my little grom. I hope you’ll come along for the ride!