Behind the scenes – Getting the image part 2 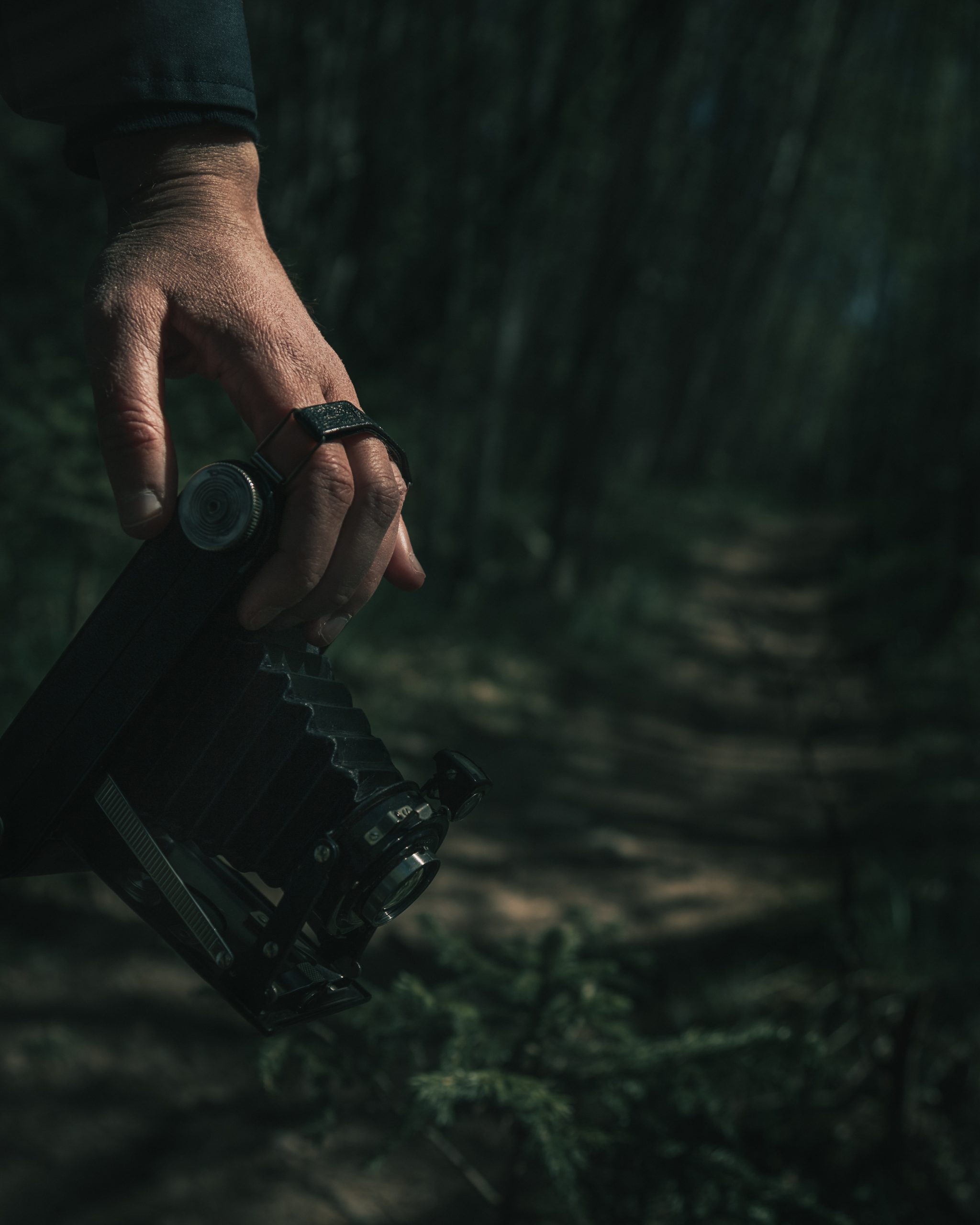 A few weeks ago I published the first post in a series I’ve called “Getting the image”. Naturally the first post was all about planning the photoshoot. Today however I want to give you a little look behind the scenes of the first photoshoot.

Want to see some of my other images? Check out my portfolio page!

Giving myself a challenge

As I mentioned in my first post I always sketch my ideas before a photoshoot. I find that it helps visualizing and focusing on the right elements in my composition once I’m at location. However this time my sketches for the first two images of the set and the images I actually captured differ a lot. You see I decided to give myself a real challenge.

I had set out to shoot moody, peaceful images that focused on solitude, which I find is the better half of isolation. How do you best capture moody, peaceful images? By shooting in golden light, right? I know this for a fact, but I decided to head out as close to midday as possible nonetheless. I wanted to prove that it’s actually possible to achieve moody and peaceful images even in harsh, bright daylight.

If you haven’t seen my moodboard for this shoot, please check it out below. Do however note that I’m not trying to copy these images with my series. I’m merely gathering inspiration from them, and apply my own touch and style to my images.

Building up to shoot

Now I don’t drive a car. And due to COVID-19 I try to avoid public transportation unless I have to use it. Right now my e-bike is my best friend and means of transportation. So planning what I needed to have in my camera bag was crucial to make sure it wasn’t too heavy for the bike ride.

I was shooting images with my 6D mark II and the 24-105mm f4 this day. Also I needed to bring my M50 to shoot video (more on that later), as well as this old Kodak Triskop that I was using as a prop. I needed filters, my gimbal, a tripod and some other knickknacks as well. Needless to say my backpack was pretty heavy.

Biking to location was great and for me worked as a way to get into the mindset and focus where I need to be when shooting. Even if I’m just myself on a shoot like this, I need to have the right energy to get myself pumped to get the images.

Behind the scenes – fine-tuning the composition and setting up

Once I arrived my location, I started with walking around to really get to know the details of the composition I had envisioned. Looking for the best placement of my camera. Investigating how the light was hitting the scene. Carefully removing disturbing branches on the trail in order to avoid having to remove them in post.

As I had placed my camera, I sat down with my sketchbook to think about the elements of the whole set of images before I fine-tuned my composition accordingly.

I knew that on this shoot my biggest challenge would be the light. Being midday the sun was high, and the foliage on the trees weren’t quite as dense as I had anticipated. This meant that I had to be careful to include as little as possible of the sky in my composition. I tried to make sure that whatever sky had to be included in my frame would be cropped out as I cropped the image to a 4×5 in post.

Behind the scenes – making creative choices

Initially I had planned to get one image of myself looking in an angle towards the sun. I wanted a bit of light on my face and on the edges of my body. However I did want to be a rather dark, almost silhouette like, figure in the image. This wasn’t supposed to be a portrait.

I placed myself on the edge of a hotspot in order to get the effect I wanted. Running back and forth between the camera and my position in the frame is a bit of a tiresome thing to do when shooting images of yourself, but necessary nonetheless. After having captured an image I was happy with, I decided to try to also shoot an image portraying isolation. I wanted to show that there’s a fine line between the two themes isolation/solitude, and that I would have to do only small changes to an image to go in the other direction.

To turn the image from focusing on solitude to focusing on isolation I only pulled the hood over my head, used a bit wider focal length and placed myself a bit further into the shadow. I think the two images shows Isolation/Solitude better side by side than by themselves. And I’m wondering about trying something similar with my next photoshoot for the last images in this series.

Behind the scenes – managing the light

As mentioned the biggest challenge of this shoot was managing the harsh midday light. I wanted to summarize the steps that I chose to do so:

As I mentioned I also had to shoot some video during this photoshoot. I’ve decided to make a behind the scenes video about getting the image through a planned photoshoot, and I’m really looking forward to releasing it. I think it will be out once all the images are out.

During this next week I will be shooting the last set of images for the series. These images will be shot during golden hour. And if you want the behind the scenes of that shoot, you just have to watch the above mentioned video when it is released. I’m hoping to release it with the final images on Sunday 7th of June. The final part of this series of posts will be released the following Wednesday where I’ll focus on post processing.

I’ve given you a sneak peak to the first set of images from this series today. I really hope you like them and this look behind the scenes. If you do like the images or find that this post brings some kind of value to you, please leave a comment below. I would also love it if you would consider subscribing to my blog or checking me out on Instagram or Youtube. Stay safe and get outside. And since summer is almost here; please remember that there’s always more to explore locally.