Cabin life by the fjord 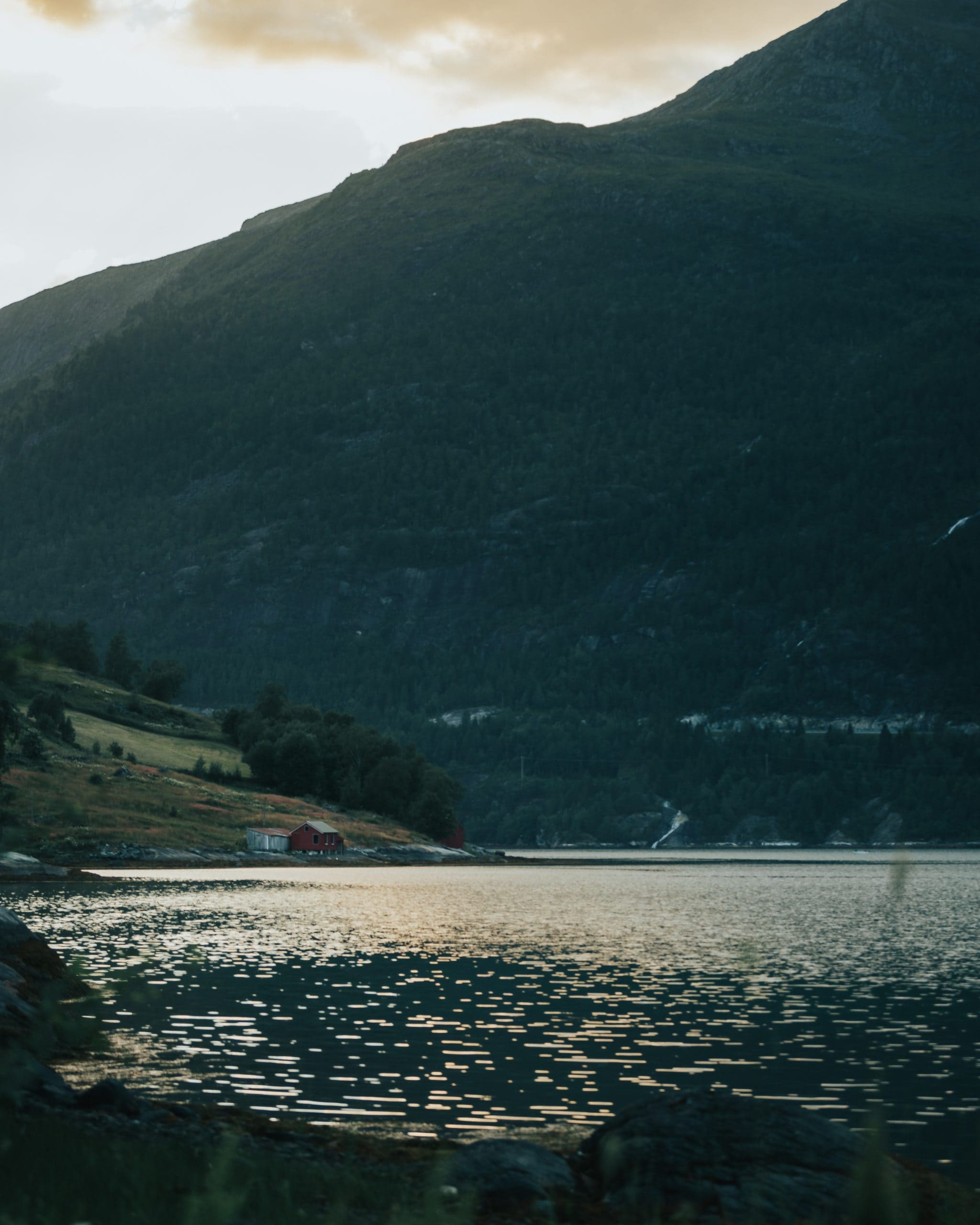 We started off this summer with a few cabin days. I can’t think of a better way to spend summer than surrounded by mountains and the fjord. And thus I’m going to give you a little sneak peak into our cabin life by the fjord in this post.

Dads cabin by the fjord

Ever since we got the boys, we haven’t spent the night at the cabin. You see this is a “proper” Norwegian cabin, meaning no electricity (well almost, there’s a solar panel now) or running water. There’s no doors between any of the rooms either, so it’s really not possible to put a baby or a toddler to bed for the night without having to spend the rest of the evening being silent. So we’ve had visits the last few years, but no overnight stays. This year we had decided that was about to change.

Even if Baby Boy has joined us the last two summers, this was a year of firsts for him. He got to find shore crabs (or is it beach crabs? Let me know in the comments below if you know!) on the beach, look for toads in the forest, pick blueberries (and eat them too) and have several boat rides. He didn’t believe that mum could actually row a boat at first, but I did convince him after a while of rowing head wind.

I think the biggest experience for him was catching his very first fish. He was SO proud. (And maybe mum was even more proud.) He watched as I gutted it and made it ready for cooking, and he proudly threw away the guts for the seagulls to have a feast. Then he ate as if he’d never tasted fresh fish before. And come to think of it I think it was the first time he tasted fish as fresh as this one. Anyway; it was good. We all enjoyed it.

Hiking to a nearby lake

I’ve wanted to do hikes in the area for some years, as that’s an activity we haven’t explored much at this cabin. Being a cabin by the fjord, the fjord has been our focus. However the mountains that surrounds the cabin are quite majestic, and have always invited us to visit. This year we decided to hike to a nearby lake, as we agreed that Big Brother would be able to do the hike himself now.

We drove a bit to get to the start of the trail. On our way there we were almost forced to turn around due to some stubborn cows in the road, but they finally decided to move out of the way and let us pass. I have to say though; for Big Brother this was probably one of the most exciting moments of the summer. Not because he is particularly fond of cows. Rather because of the reaction from his mothers. Both my wife and I were a tad bit nervous that the cows would attack our brand new car as they surrounded us and got closer step by step. You see, the cows really weren’t fond of our dog barking in the back of the car. She obviously thought we were parked and ready to hike. We just begged for her to stop barking so the cows lost interest in us.

Enough about cows. The hike was great. We’re sure going to visit more of the mountains around the cabin when we come back to visit again.

Seeing everything from a new perspective

At sunset one night I got to fly my drone to see the cabin by the lake from a new perspective. It was great fun, and a good location for me to practice flying without being afraid to hit something. The result was a lot nice footage that I’ve used to put together a new reel, hope you like it!

And if you do like it, and only then, please consider following me on Instagram. I’d really like to be able to reach more people with the stuff I create, and by following me you show Instagram that I have stuff that is worth showing to other people.

We had some amazing days at the cabin. Cabin life is great. And even if we left the cabin by the fjord, we weren’t finished with cabin life. More on that in a post to come.

I hope you’ve had a great staycation this year as well! If you want to hear more about our summer, please consider subscribing to my blog or newsletter. It would make me really happy!