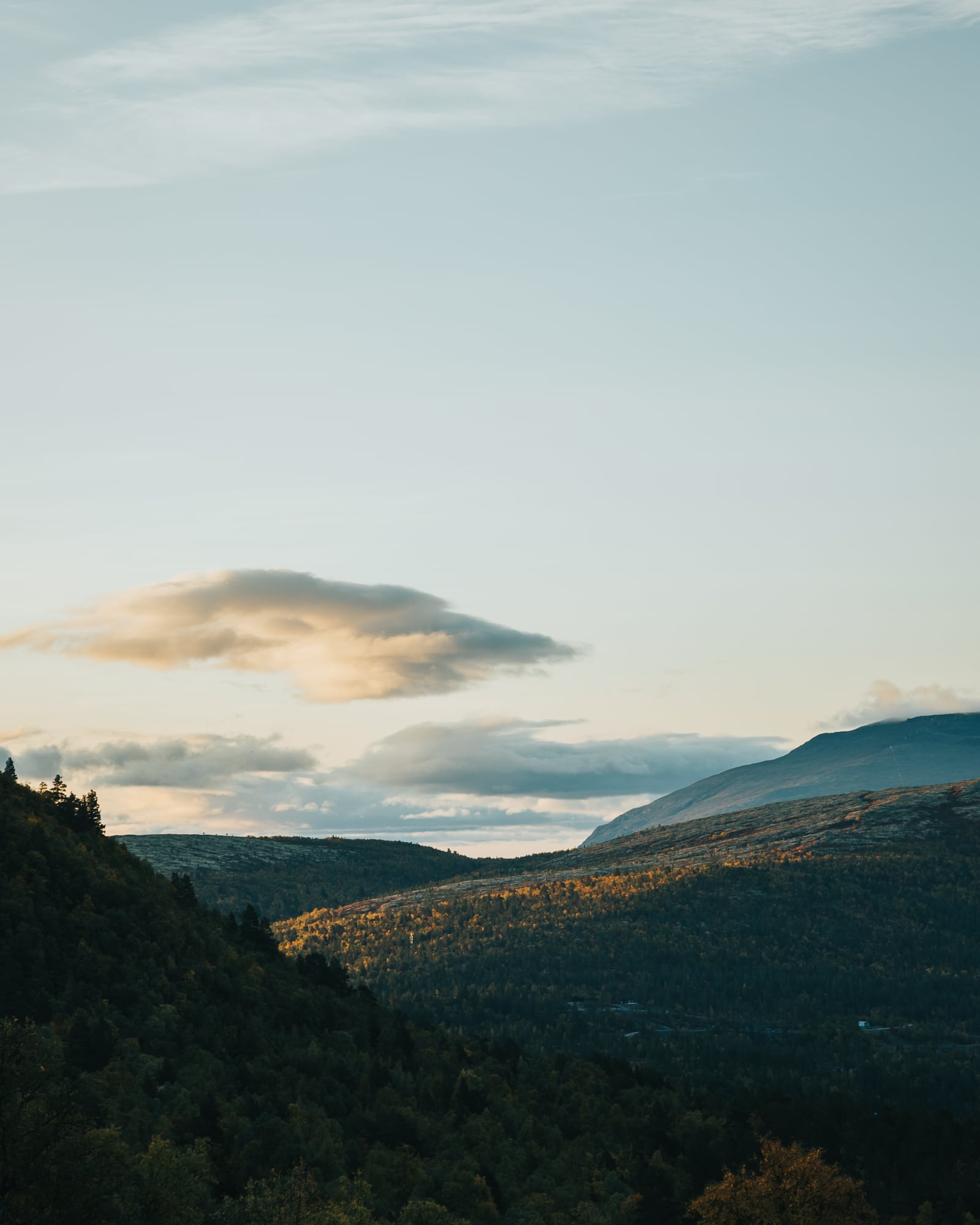 As I woke up today I just knew that I had to drag myself out of bed, jump on my bike and head out to shoot. Finally some light!

Finally some light today. If you’d like to see more images from the area when light was even better, please check out this portfolio about Savalen.

Finally some light – no time for breakfast

I didn’t even have time for breakfast. I woke up approximately half amour before sunrise and I didn’t have any other plan than to head out and shoot something. I just needed the rush of capturing a beautiful landscape I guess. And even though the morning light wasn’t in any way as amazing as yesterday, it became an even better morning than anticipated biking out.

Yesterday there were high clouds, giving that beautiful, warm, pink alpenglow on top of the mountains. A light mist was dancing on top of the lake and the ducks were enjoying the warmth of the first sun rays after what probably was a chilly night. However I didn’t stop to shoot any of this biking through the landscape yesterday morning. I had to get to work you see. I felt a bit frustrated about it. But as I mentioned in my post on Instagram; that’s the life of a hobbyist. You just have to be ok with not getting an image and prioritizing other stuff over shooting perfect conditions.

This morning the clouds were lower to the horizon. But they weren’t that many, and I had hopes of getting some golden light. Alpenglow wouldn’t happen as the sun had to rise a bit too high before it climbed the clouds and gave any light at all. But not too high to give a proper golden hour shoot. Finally some light I could work with.

At first I tried to find a few compositions by the lake, but I wasn’t feeling it. I think due to the fact that I’ve shot that location by the bridge so many times, that I find it difficult to get something new. I could have put myself in the landscape to spice things up, but that wasn’t what I was after. So I soon decided to bike the 5-10 minutes up to Fiskviksætra. And I really didn’t regret it.

Fiskviksætra doesn’t have a lot of different compositions to shoot, but I was able to get a few nice shots. More important though was enjoying the fact that I finally had some light. Just sitting there watching the landscape change in the warm light in front of me felt like a massive reward after days of no light or not being able to enjoy the little light I’ve had.

Having captured a few images and a bit of footage, I headed back to the cabin for breakfast. And that’s when I made the big mistake of starting to plan shooting enough footage for a video edit. Because as soon as I had written down a shotlist, charged my batteries, packed the backpack and gotten dressed; dark clouds started to move in.

I decided to head on out for a short hike anyway. And I did manage to get some footage before the rain poured down once again. Ah well, time for some work and doing a bit of cleaning in the cabin.

I’m going home to my wife, boys and furbaby tomorrow. I miss them, so I’m looking forward to it. It most certainly won’t be the last time I go to the cabin for some time alone, but I think I’ll make sure that I don’t have to work next time. It’s been more hustling and less time to be present than I had hoped for. Anyway; I’m still super grateful I got to visit the mountains, see the seasons turning and breathe the fresh mountain air.

I hope you’ve enjoyed getting a few glimpses of what fall here looks like, and I’ll see if I can put together a video edit with some of the footage I’ve been able to get as well. So look out for that either here, on my Instagram or my YouTube channel. Now it’s time to get ready to head back out for sunset, because there’s always more to explore locally.